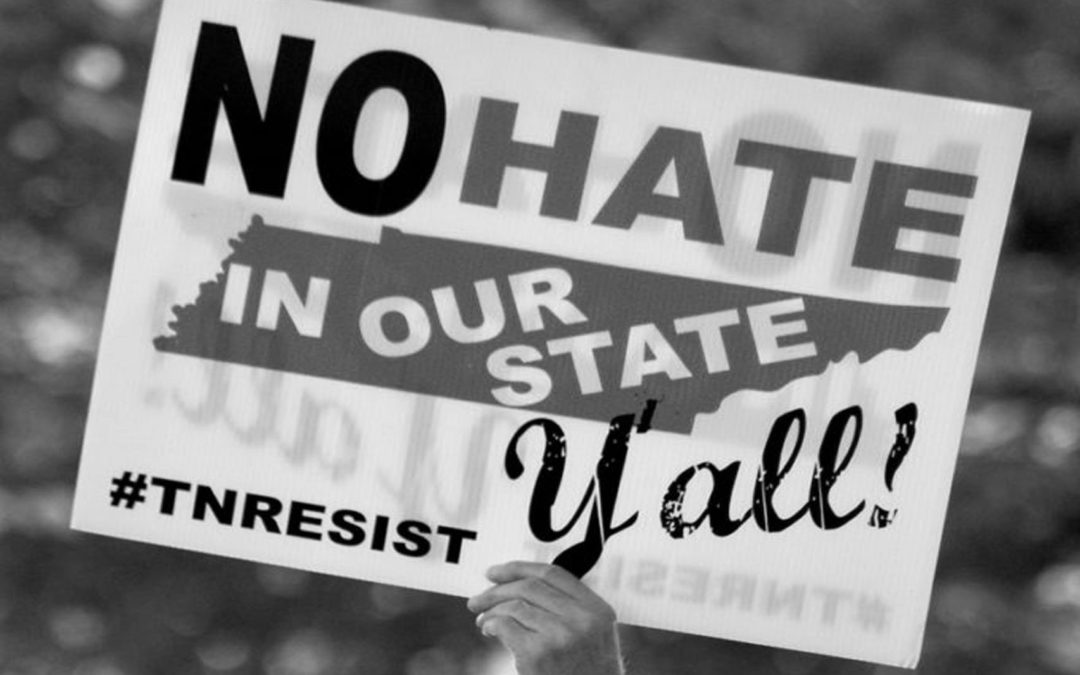 BURNS, TN – A call has been made to oppose a White supremacist conference that is held annually at Montgomery Bell State Park and has sparked outrage for the past decade when it is held November 12-14, 2021. This year will feature a participant of the insurrection at the U.S. Capitol as one of its main speakers.

The American Renaissance Conference was supposed to be held last weekend for the first time since 2019 as the pandemic caused them to cancel the 2020 conference. This year organizers chose to move up that planned date to the fall to ensure they will be accommodated. Among the speakers announced include a onetime Holocaust denier that is also Jewish and professor from the UK who has been associated with neo-fascists groups there. In addition, Vincent James Foxx, a regular contributor to the American Renaissance website who has spoken at the conference before is also announced as a speaker this year. Foxx  has been called the propagandist for the neo-fascist terrorist group Rise Above Movement, and is a regular associate of Nick Fuentes America First Movement, nicknamed the Groypers. He was with the Groypers at the U.S. Capitol on Jan. 6, and is said to have been inside the Capitol during the insurrection that day, although he denies he was. Since then, according to Left Coast Right Watch, he has been attempting to create division between Asian and Black communities, declaring online after a Feb. 4 attack on an elderly man, “Another Chinatown attack this time in Oakland. Once again, you won’t hear about this because the perpetrator is not the right race – Just like on Monday in San Francisco.”

In the past the American Renaissance Conference has brought together those who used the event to network and organize the tragic “Unite the Right” rally in Charlottesville, VA. White supremacist Richard Spencer remarked to the attendees of the 2017 conference, that he expected the rally to be “traumatic for the liberals in Charlottesville.” The conference took place just two weeks before the rally. Since then, the state of Tennessee has done what it can to stem protests against the conference, including considering an ordinance to prevent protests in certain state parks, among them Montgomery Bell.

The Antifascist Unity Coalition, a nationwide group of antifascists working to bring attention to the scourge of hate politics, and the Tennessee Anti-Racism Network (TARN), are encouraging all to come out and speak out against this conference in the hopes that they are not allowed to continue to threaten our society.